Are you a Brooklyn Nets fan? Since the pandemic restrictions were lifted, basketball fans have begun trooping back to game sites to root for their favourite teams. The Brooklyn Nets jersey has the second-highest N.B.A. jersey sale meaning they have a large fan base.

Basketball jerseys are a great way to reflect a team’s distinctive personality. These jerseys are practically worn everywhere in a game that’s followed worldwide. Be it at a sports arena or elsewhere, when you decide to wear a jersey, you carry a tale on you, a riveting history, a story and an athletic loyalty.

This is what N.B.A. city jerseys represent. It is created yearly to honour its matching city. The Brooklyn Nets’ latest city release pays tribute and spreads love to Christopher Wallace, a.k.a. The Notorious B.I.G., one of the finest rappers of all time; Biggie was already the inspiration in 2019. However, the year 2021 designs are from a different motivation.

How off-court jersey is also fashionable

According to the Global Market Report published, athleisure is undoubtedly still on the rise in the global market. According to industry estimates, the athleisure market was worth $155.2 billion in 2018, and it is predicted to grow to $257.1 billion by 2026.

Accordingly, the distribution of these jerseys has been improved and streamlined to make them more accessible to many fans. As a result, according to many, athleisure has emerged as the definitive fashion trend of the twenty-first century thus far. The phrase is derived from the contraction of the words “athletic” and “leisure.”

Tips on how to wear your favourite jersey with style

So, explore ways to use a Brooklyn Nets jersey and express your solidarity with the team. And remember, wearing your team is an expression of who you are. 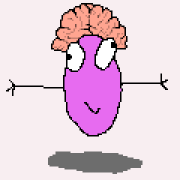 Factors to Consider Before Buying Air Purifiers for Wildfire Smoke