After Shahbaz Sharif took over as the Prime Minister of Pakistan, he took several initiatives to keep the country’s economic wheel in motion, but in reality the reflection was not very noticeable. The challenge now is to bring down the country’s reserves, curb energy and commodity prices without ousting Imran Khan’s government.

In such a scenario

Bloomberg reports on Thursday that petrol and diesel prices in Pakistan have risen by more than Tk 30 in the last few days.

The Bloomberg report warns that the country’s economic crisis could escalate further if the foreign exchange reserves continue to plummet unless Pakistani government policymakers secure a loan from the International Monetary Fund (IMF).

The reality is that so far there has been little response from the IMF to the crisis. Even then, the Shahbaz Sharif administration is trying to get new loans from the International Monetary Fund to meet the economic demand.

Pakistan has been trying to meet multiple conditions set by the IMF to obtain a 3 billion loan, the report said. This includes increasing the price of fuel and electricity.

Finance Minister Miftah Ismail announced an increase of Rs 30 per liter in petrol, diesel and light diesel in Pakistan. With this, the price of fuel was increased for the second time in a week. The price of petrol has come down to Rs 209.46 per liter. The price of diesel has been Rs 204 per liter. Minister Ismail has also announced to increase the price of electricity by Rs 8 per unit from July 1.

Finance Minister Ismail acknowledged that inflation would only exacerbate inflation. He blames the former Imran Khan’s government for such a situation. “I have to reach an agreement with the IMF to overcome the crisis,” he said.

Accusing former prime minister Imran Khan and his government’s finance minister Shawkat Tarin, Ismail said, “They both signed an agreement with the International Monetary Fund and completely tied our hands. They have also violated the terms of the agreement.

“No new taxes will be imposed this month (June),” the finance minister was quoted as saying by Dawn. However, the subsidy will be withdrawn.

The trade deficit is another area of ​​concern for Islamabad, Bloomberg reports. The dollar crisis could worsen further, as Pakistan predicts that the country’s trade deficit could reach a record 45 billion by the end of June. 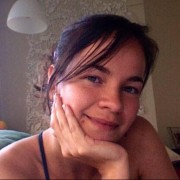